The weekend’s races were in gentle to fresh winds with some sunshine and some sea mist. On Saturday we were limited by the number of buoys which had been laid in Hayling Bay – and that they were not accurately at the right positions. So it was a bit like racing before GPS – you had to look for the buoys! On the Sunday, they were all there but still a bit out of place.
Saturday’s start was down-wind which added to the “fun”, and with 8 legs going out as far as Dean Tail.
Sunday’s race started to windward going to Horse Tail and Cambrian Wreck before returning to the Hayling Bay buoys.
Some more photos from the weekend – the view from Intrepid (with Richard and Pam with us). Note that some of these are looking back at the fleet! 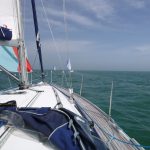 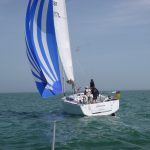 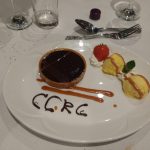 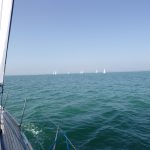 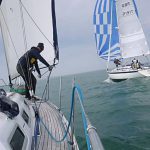 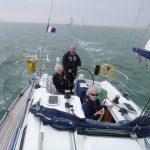 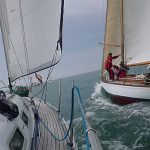