CCRC’s visit to the RNLI college yesterday was a great success with all enjoying it tremendously, especially the rescue at the end.
Our guide showed us the extent of the RNLI site now which includes not just the college but also the new building where the all weather lifeboats are built. We saw the training pool which can simulate waves, rain and high winds for training with their ribs.
Finally we entered the simulator where our Commodore acted as lifeboat coxswain and Patrick Marshall as helm while other members acted as crew. We headed out from Dover to where a container ship had collided with a bulk carrier which was now on fire. We joined a rescue operation with a coast-guard cutter and helicopter to rescue those in the water. This was made more difficult as a squall came through but we recovered four survivors before heading back into Dover. Finally we had an excellent lunch overlooking Poole harbour.
We had a good time, learned much more about the RNLI and now appreciate their efforts even more. 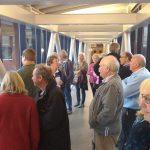 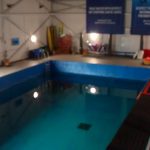 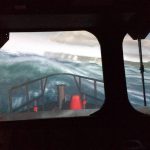 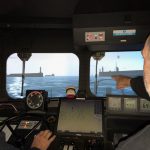