HISC have announced an innovative cruiser challenge going round the Isle of Wight on Sat 17th July. CCRC members are invited to take part.
For details go to http://hisc.co.uk/cruiser-sailing/cruiser-racing/

Another weekend of CCRC sailing as we gradually return to normal races and socials.
Saturday saw us sail to Cowes with a strong tide in our favour,a south-easterly wind and brilliant sunshine. However, that strong tide was a real challenge on the race leg from East Bramble back to Browndown where the fleet had to short-tack close to shore to achieve any ground. For some that leg of 1.8 miles involved 17 tacks – a great way to improve your technique for tacking!
Dinner was at Island Sailing Club where we had an excellent meal with that superb view across the Solent.
Sunday saw rain and stronger winds (up to 25knots) and some showers for the return race. The start was delayed slightly to allow a ship through what would otherwise have been us beating across the main channel. After that beat it was straight back to Chi but with some boats choosing the route through the forts and others through the dolphin passage. 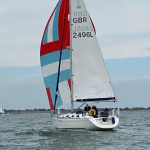 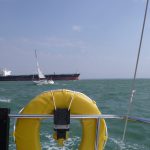 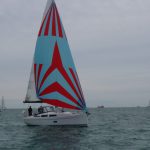 Sunday saw even less wind but more CCRC competitors; and today was the crews’ race so the normal helm had to find something else to do. A course was announced and we set off beating towards the shipping channel but gradually the wind dropped and was fitful as to its actual direction. Slowly though the fleet got to the first mark and the wind started to fill in. The next leg was northwards to Chi and the downwind sails flew. Nevertheless the decision was made to shorten the race, both because of the time expired and the risk of the wind dropping again. Another great day of challenging sailing and learning more about how to sail in light airs. 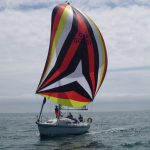 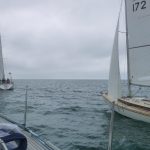 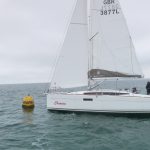 Saturday’s race was the annual Bramidge Trophy race – a team race between CCRC and Chichester Yacht Club(CYC); a race which was been going on for some decades. As forecast the wind was light and fluky but at least it was dry after days of rain. Twelve boats turned up for a rolling start and a race of about 12 miles around the racing marks in Hayling Bay plus the navigational mark “Winner”. The light airs and changing wind direction led to many position changes on the water. Then we all gathered in CYC for some drinks and a sociable dinner followed by the results. These used the NHC system with a progressive handicap applied for boats in this race since 2016 and for 2021 CCRC won the trophy back from CYC. 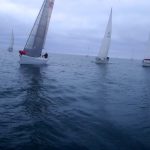 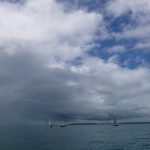 Although many members’ boats were not yet launched we went ahead with the first weekend of racing, and what a super weekend it was. With the high pressure over the UK the wind was a bit uncertain for both days but it was there – with it strengthening during both races as it veered to the south. Seven boats competed on each day and each race had short legs in case we needed to shorten, which on Saturday we did.
Brilliant sunshine, a gentle breeze, calm seas, and a chance to sail – what more could we have wanted. 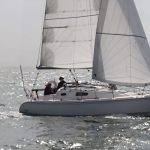 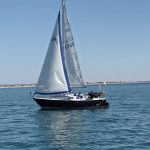 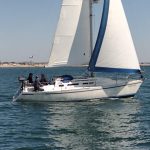 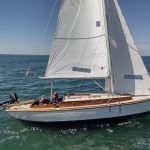 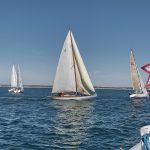 There are new Racing Rules of Sailing for 2021 (to 2024) and we now have a link to these as well as other useful documents such as one identifying the actual changes on CCRC Documents page – https://www.ccrc.co.uk/ccrc-documents/

Friday saw our usual Fitting Out Supper replaced by a Fitting Out Meeting held online with some presentations and sociable discussions of the programme of CCRC events for 2021.
We agreed to go ahead and start racing on Saturday 17th April; while some boat preparation has been delayed there is enough to have a race for those ready. The rest of the CCRC programme remains as per the published list though options for the usual cross-Channel race and Spring Cruise (end of May) remain open as we doubt crossing to France will be likely.
We talked through race start procedures for Race Officers and competitors plus aids like SailEvent and a new link showing the marks CCRC uses.
We all look forward to getting back on the water ASAP. 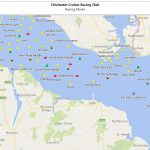 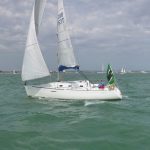 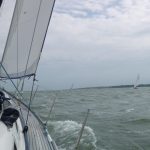 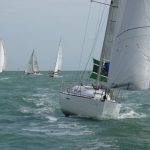