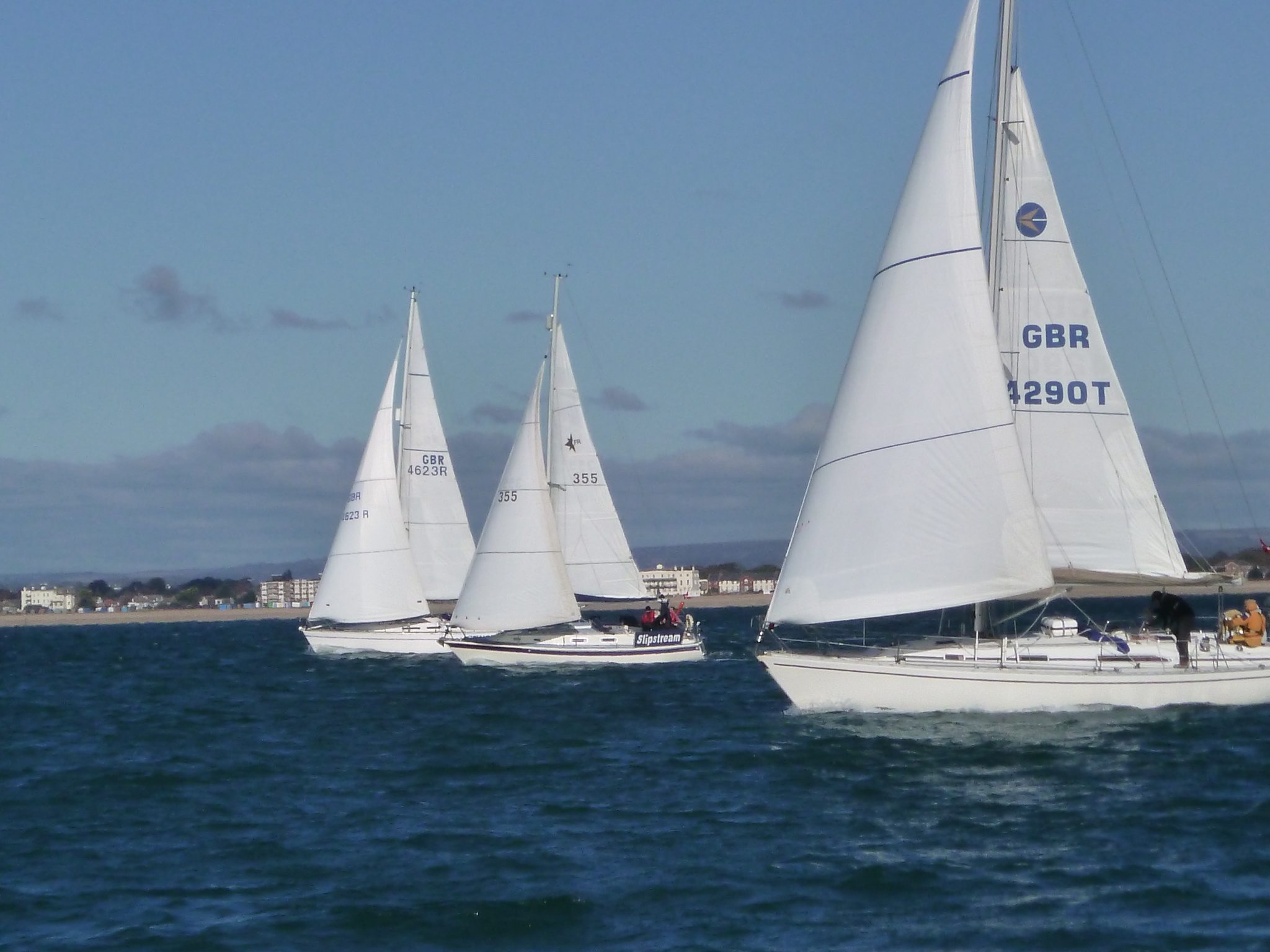 This weekend was the CCRC Clocks Back race; an informal (i.e. no trophy) race on the weekend the clocks go back. But since this year saw the CCRC seventieth anniversary we set the clocks back many years by forbidding the use of GPS etc. So buoys had to be found by traditional means. All the participants took this seriously; Slipstream even turned off all usual instruments but added a trailing log and used a 1939 chart! The weather, however, was forecast as northerly force 5, 6, 7 and occasionally force 8; and it was to be cold. So a course was set to get us to Cowes quickly, still going round a number of buoys but avoiding too much to windward. Yachts emerged from the harbour well-reefed only to set more sail as the wind was not too strong and it was sunny. The five yachts taking part (after a few dropped out the day before) all kept within sight of each other so the leading yacht tended to help as a path-finder (or buoy-finder) for the others. Once in the Solent the wind built and gusts of 25knots were seen but the sea was still fairly flat except outside Cowes where the race finished after about 2 hours – a fast passage. Then it was into the Medina and up to the Folly Inn for some socialising (and a sixth boat joining us) before dinner at the Folly.
The journey back the next day was similarly windy – with gusts reaching 30 knots but still an enjoyable if chilly sail. 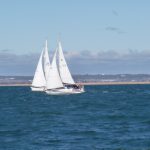 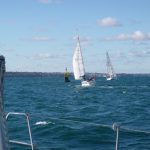 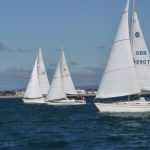