Saturday’s race participants faced strong tides and winds gusting over 30 knots for the passage race to Lymington. This resulted in a couple of boats pulling out (some crewing on other boats and some coming by car. However, this still produced an exciting race with the alpha fleet sticking quite close together from beginning to end and position changes on the water most of the way to the end which included a hard beat to windward in the western Solent then a shorter leg directly downwind.
Then it was party time on the pontoon to celebrate the Commodore and Commodorable’s 40th wedding anniversary. This was with pink bubbly – made extra bubbly by the bumpy passage resulting in the corks going a long way! Then off to the Royal Lymington YC for an excellent dinner. 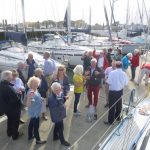 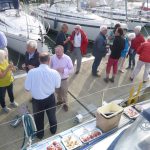 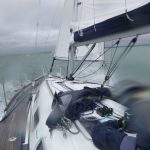 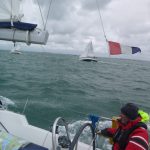 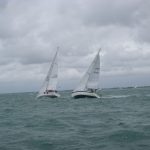 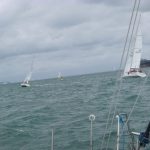 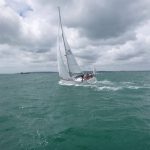