Saturday’s race was the Itchenor Casket and was notable in that it had two distinct halves. As yachts prepared for the start there was a gentle breeze but this slowly died away just after the start. Some struggled to get over the line as “holes” appeared in the wind. Many tacked inshore to avoid the tide and everyone claimed afterwards to have been in a wind-hole while others around them sailed on. Slowly, and in fits and starts, the wind swung round to the south and then suddenly came up. Soon it reached the whole fleet and everyone was storming along. The slow first leg though meant that the race was shortened so that all could finish.
Then most headed to the Itchenor Visitors’ Pontoon for a convivial time before the dinner at Itchenor Sailing Club. 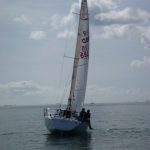 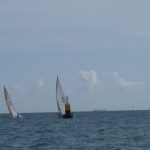 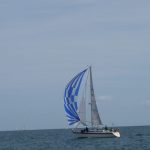 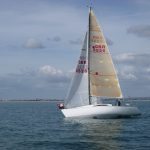