Well, we did not sail to France today either so we will miss the Tour de France in Cherbourg. However, we did get to see the Round The Island race from above the Needles. A windy day indeed so smaller boats were prohibited (though you can see in the pictures that one did it anyway). The strong winds meant the multihull record was broken with the 50 mile plus course completed in 2 hours 23 mins! But also some incidents with one of the leaders dismasted at the Needles (see picture) and another yacht sank (missed that as we were having elevenses). Lots of yachts close to, and some we think inside, the Varvassi wreck. 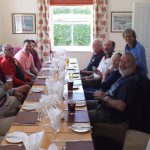 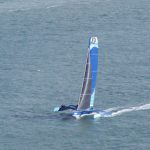 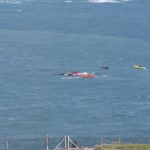 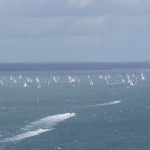 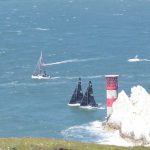 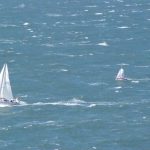 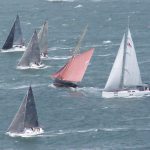